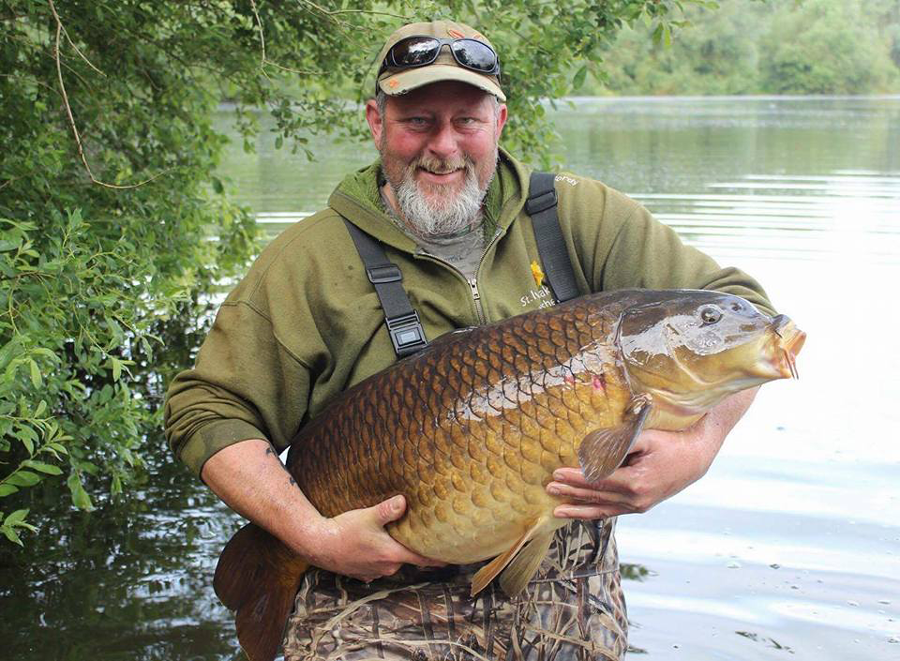 Gordy Howes has spent his working life within the fishing industry, after leaving school in 1986, he worked at the Lakes he now manages at St Ives for a two year period.  Afterwards he joined the Anglian Water Fisheries Department, which subsequently became the Environment Agency.  After 20 years working on the Ouse and Tributaries and later in the Welland and Nene area, he finally got the chance to manage St Ives Lakes full time.

His angling has taken him all over the world but his true love lies in old scaley British Carp.  hes caught many large carp from various lakes throughout the country and his personal best is the mirror ‘The Fat Lady’ from the famous St Ives lagoon, landed after a 4 year quest at 51-08.  He loves the challenge of a Big water, and is currently spending time on the meadow and Fjords lakes at St Ives.  Watch this space!!

In addition to the love of carp, he also operates his own boat ‘Waterland’ with which he takes clients out in the fens mostly, predator fishing with personal bests coming to many happy anglers.  In between Carp at fishing at Stives, Pike fishing on Reservoirs up and down the country, he is also well known as an illustrator, having been commissioned to illustrate the book Finding The Time to Cast, as well as writing a chapter on the magnificent Carp known as The Woolpack Fish from Ferry Lagoon in Cambridgeshire at 42lb…….

The coming spring should prove to be quite eventful for Gordy at St Ives, and we look forward to hearing all about his progress over the coming year…